We share our daily experience on a 7-night cruise through the Inside Passage, followed by a 10-day tour of mainland Alaska. 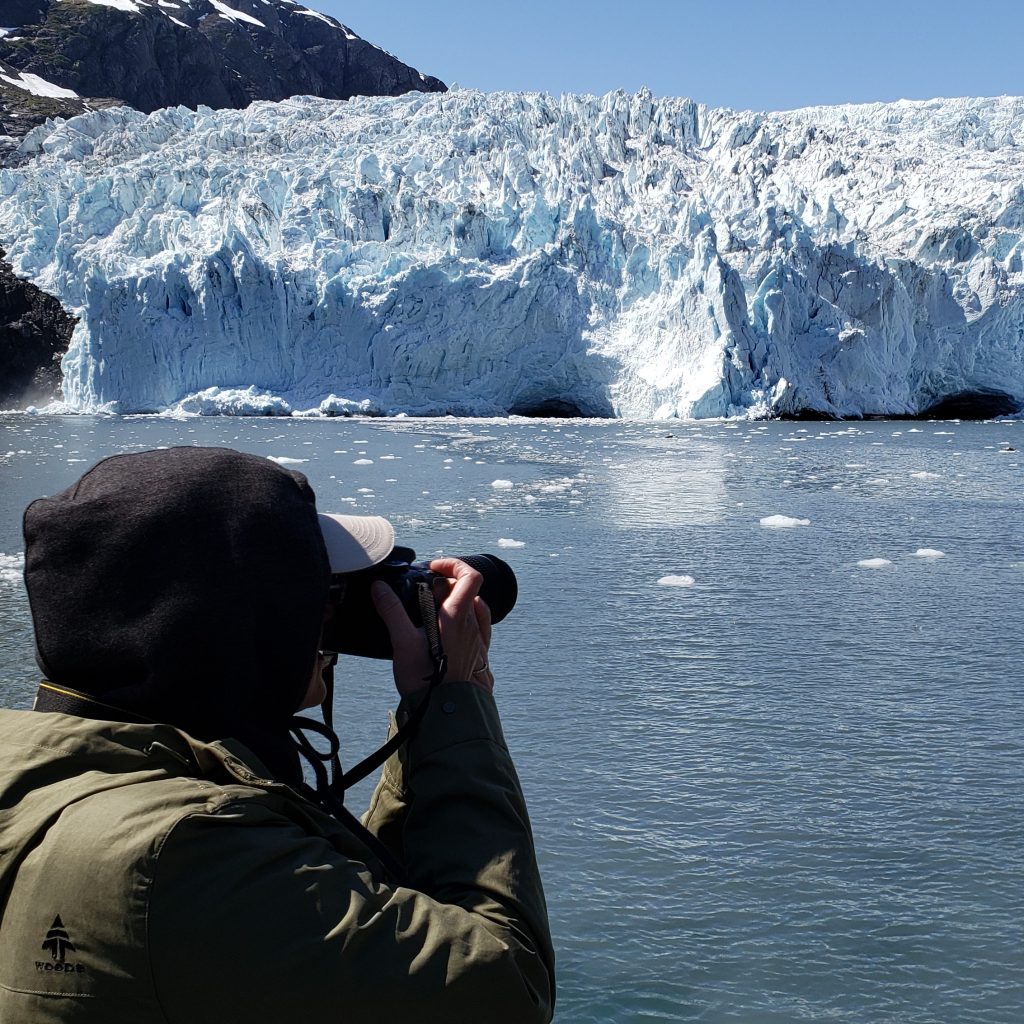 A dream trip to Alaska with both cruise and land experience

Question: What made you choose Alaska?

Taking an Alaskan Cruise had been my dream for over 40 years. When my husband, Jim, and I decided to really do it, we contacted Cassie at Oddball Escapes. She had been recommended by our niece, Mary Beth, who had taken a trip planned by Cassie, and raved about it.

Question: Did Alaska live up to your expectations?

If I had to describe our experience in one word, it would be “FANTABULOUS.” I know – that isn’t really a word, but it was fantastic and fabulous. Over the course of the cruise/tour, we saw beautiful glaciers, mountains, and wildlife (including whales, caribou, moose, bear, ptarmigan, and eagles). The cruise itself was perfect, with great food, friendly people, and helpful staff. The excursions we had signed up for at stops in Icy Strait Point, Juneau, and Skagway were great. Seeing the glacier calving in Glacier Bay was one of the highlights, as was seeing Denali (formerly Mt. McKinley) during the land portion of the tour. Jim has always liked trains, and after disembarking at Whittier, we had a 9-hour train ride in a glass enclosed car to our first lodge in Denali National Park. The train ride was really nice and comfortable, with gorgeous scenery all the way. The only disappointment in the whole trip was that one of

the excursions we had planned at Skagway was cancelled. Even Cassie wouldn’t have been able to prevent the rock slide that damaged one of the bridges of the White Pass Railway. We just found something else to do that day and the money we had paid for the excursion was refunded, so everything worked out.

Cassie met with us a few times, gave us our options, and then after we had decided on a cruise/tour which was 7 nights on a cruise ship and 5 nights on land, she just took it from there. She handled all the bookings, the airline tickets, hotels at both ends of the trip, travel insurance, etc. We didn’t have to do anything except tell her what options we had decided on and get to the airport. She put everything down on paper and it all went like clockwork. I don’t know when we will be traveling again, but when we do, Cassie will be our travel agent!

The highlight of the trip was seeing Denali National Park in the fall with all the colors. We also enjoyed Valdez, where we visited with one of the local fisherman, and ironically, he happened to be at breakfast the next morning when we walked in! I’m glad there were two glacier-viewing days on the itinerary because on 1 of the days, the waters were too rough to view the glaciers. We did see whales! But the other time, we got right up to the glaciers and saw all the colors. Really neat experience. Our tour director, Sylvia, was the best there is! Very informative and super organized & efficient. She pointed everything out so that we made the most of our trip to Alaska!

Alaska cruise to the Inside Passage

Kyrah and I cannot thank you enough for taking care of our Alaska cruise for us. Everything went absolutely perfectly. The only complaint was that it ended too soon! I never dreamed I could afford a cruise but you made it so understandable and doable. We laughed quoting you sometimes. We saw whales! Seals! Eagles! Totem poles. And I ate salmon and found out it tastes pretty good. We tried all kinds of fancy food too. Kyrah tried escargot! She is brave! We had such a great time! I’m looking forward to more cruises.

Trip of a lifetime!

Can not say thank you enough for all Cassie from Oddball Escapes did to make our adventure to Alaska amazing! Her knowledge, patience and organization are second to none. Made the preparation for the trip a breeze. So grateful for all she did to help create a trip of a lifetime!